Movement of People and the Sun through E 1027

Eileen Gray, as previously mentioned in the post the mechanical ballet, based some of her design of E 1027 on the human scale and human motion. She mapped out specific routes that guests, inhabitants, and servants could take, where they would stop, and where they would gather. The drawing also includes the path of the sun and at which times the sun will shine into which rooms. This was also one of the key factors for the design of E 1027, since Eileen understood the importance of design that incorporated the climate of the area.
I tried to separate the information found in Eileens drawing into a more coherent format. This allowed for a better understanding of E 1027 and Eileens design process.

This is how the drawing was originally constructed: 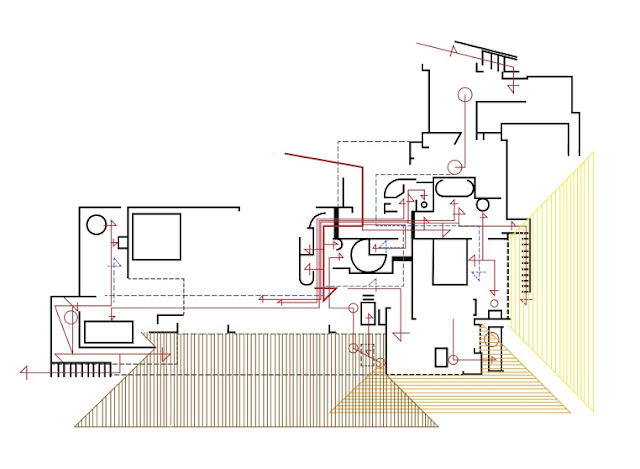 The red lines are the paths that the inhabitants and guests take, and the blue broken lines are the paths of the servants. It is important to note that Eileen wanted the servants to interact with the guest and inhabitants space as little as possible, as can be seen in the relatively few paths she dedicated to them. The circles indicate areas in which people will congregate and the triangles shows where people will stop to perform a certain activity.
I decided to break the drawing down into areas and only show the related paths to these areas. 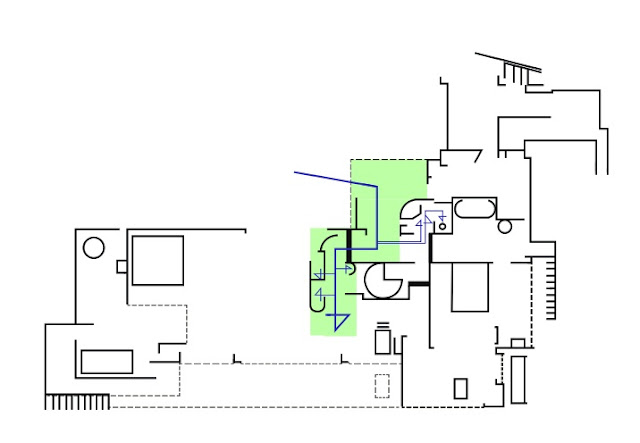 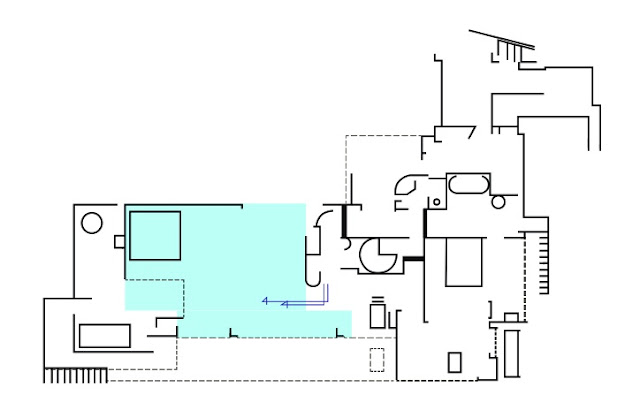 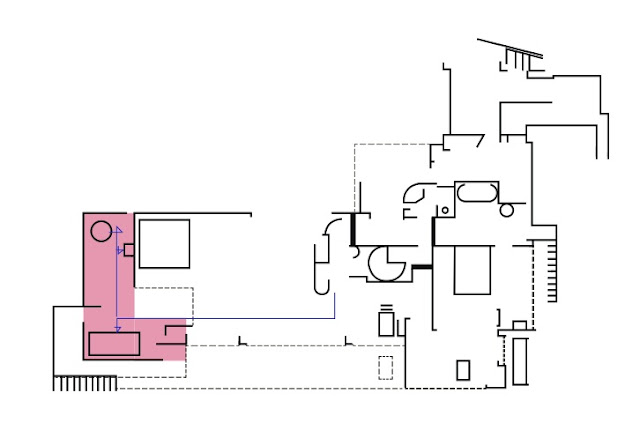 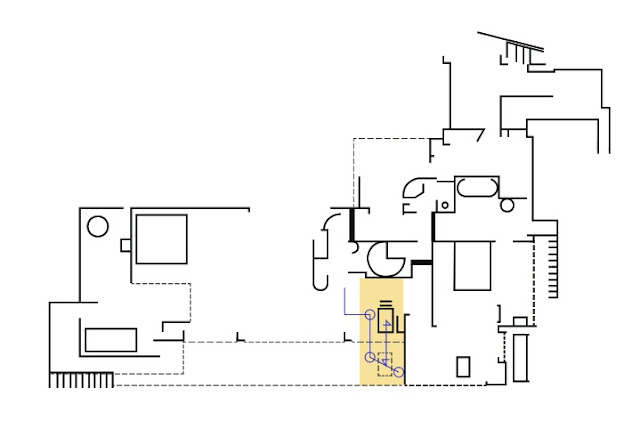 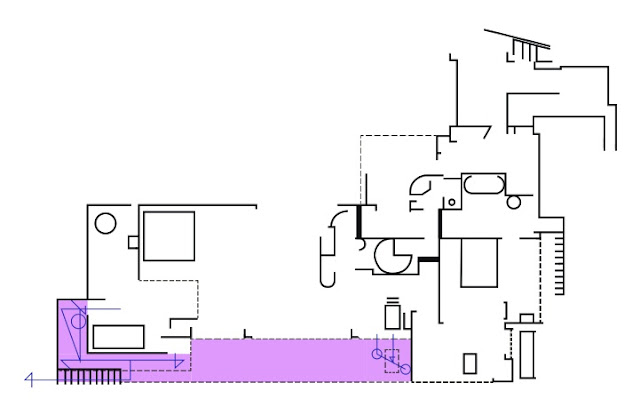 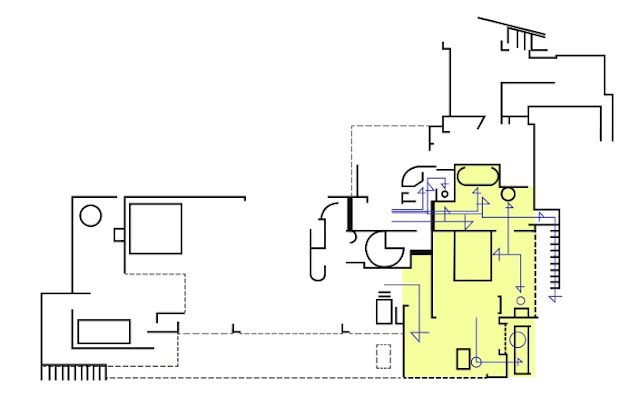 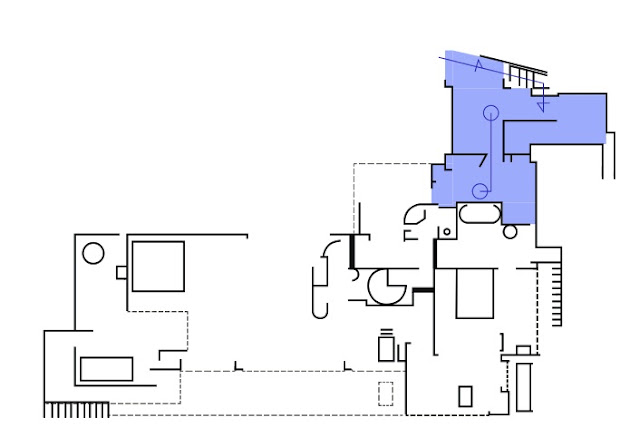 The sun during the morning: 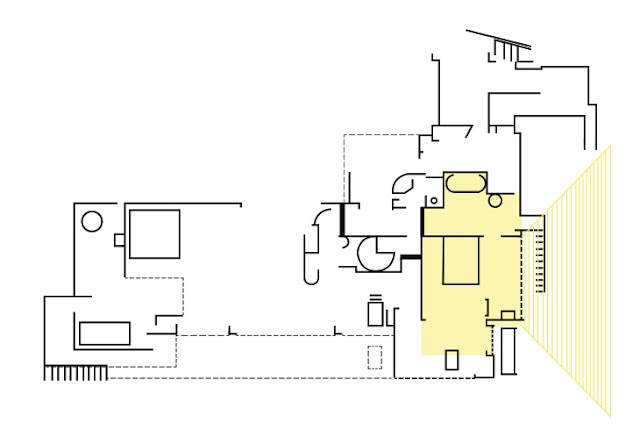 The morning sun shines into the master bedroom allowing the inhabitants to wake up to the rising sun.

The sun during noon: The sun at noon time shines into the office / working area, providing lots of natural sunlight during working hours.

The sun at sunset: 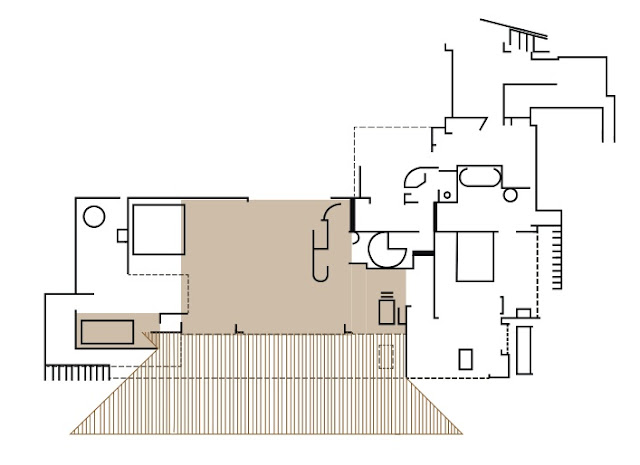 The evening sun shines into the dining and living area during the time the space is most often occupied.

Email ThisBlogThis!Share to TwitterShare to FacebookShare to Pinterest
Labels: Diagrams