This will be the first post of a series to talk about the morphology of E-1027. During the 1930s, and especially after the second world war, there was an interest in efficient dwelling spaces among architects that could calm the extreme housing shortage in Europe. There was a massive re-thinking of the concept of the home, and an attempt to distill one's living space down to a comfortable minimum. Eileen Gray was not excluded from this debate. Many modernist dwellings were designed with their utilities compacted to one side of the dwelling, and with large rooms, composing the rest of the space, that could adapt to a great number of uses. Here are a few examples that were to precede and follow E-1027, which have a lot of the same uses of space. 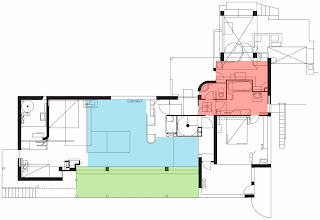 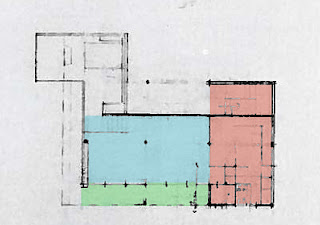 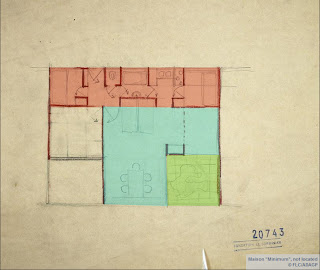 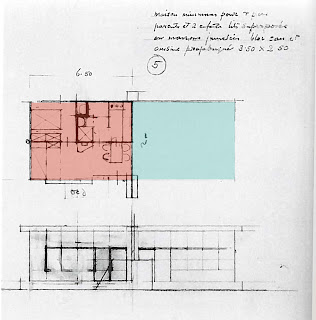 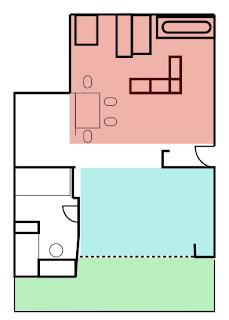 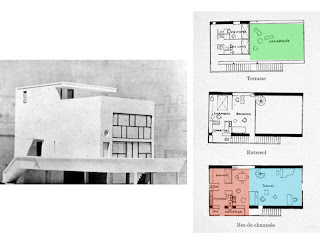 One of the pioneering designs of this type, Le Corbusier's Maison Citrohan, 1922

Email ThisBlogThis!Share to TwitterShare to FacebookShare to Pinterest
Labels: morphology