Constructing From the Inside Out

Rather than manifest a particular structural ideology, reinforced concrete construction enabled Gray to qualify spatial differences through structural means.  The private spaces are divided by the most thick walls, leaving everything else very open. 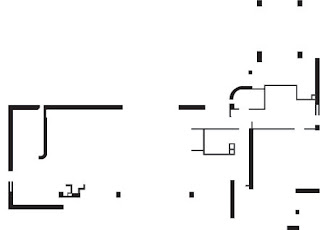 "The thing
constructed is more important than the way it is constructed, and
the process is subordinate to the plan, not the plan to the process. It is
not a matter of only constructing beautiful arrangements of lines,
but above all, dwellings for people."
- Eileen Gray 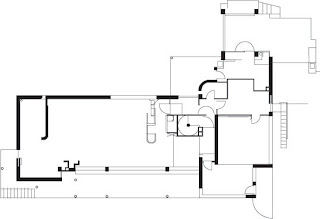 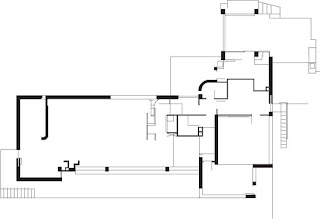 Eileen continued with her experiments with industrial materials when building E. 1027. As you can see in this drawing of a terrace, concrete was primarily used as one of the materials for the house. 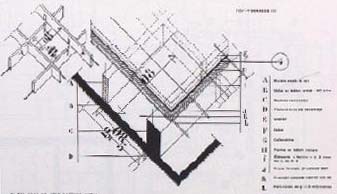 She used the challenge of designing E. 1027 as an opportunity to indulge in the latest inventions in hinges, window frames, shutters and other mechanical devices. However, Eileen felt disappointed by its lack of humanism. "“Modern designers have exaggerated the technological side,"” she wrote in 1929. "“Intimacy is gone, atmosphere is gone... Formulas are nothing; life is everything. And life is mind and heart at the same time.”" By applying these principles to her architecture, Eileen designed houses that were less like a machine and more of an extension of a persons movement throughout the house. Her houses were inspiring spaces – inside and outside – and so meticulously planned that they often appeared to anticipate their occupants’ needs and desires. With E. 1027 she experimented with the latest folding and sliding systems to conceal storage spaces in walls and ceilings by treating the floors and walls of the terraces identically to the interior, she blurred the distinction between inside and outside.
Posted by Unknown at 1:00 p.m.

Email ThisBlogThis!Share to TwitterShare to FacebookShare to Pinterest
Labels: Construction