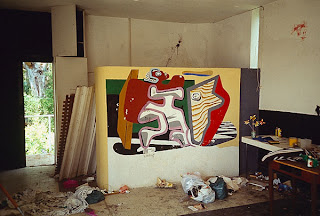 However, in 1999 it was bought by the Municipality of Roquebrune-Cap-Martin and the French Government.They had the intentions of restoring it in the near future. 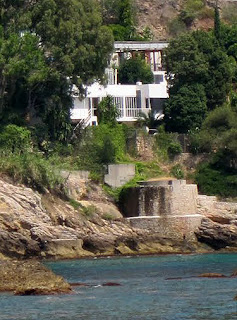 In 2008 it's restoration had begun. It is still currently undergoing it's restoration, but photos have been published of the current state of the villa. "Friends of E. 1027" is a non-profit organization dedicated to restoring E. 1027. We thank them for releasing these photos. http://e1027.org/ 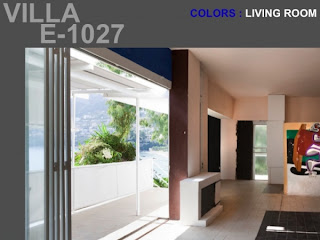 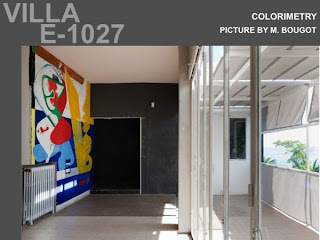 There have been several different rumors about the reason for the restoration, one of which is that the funds were only allocated due to the paintings of Le Corbusier and the interesting story behind them. Even though Le Corbusier's paintings remain, the new wall color choice was inspired by some of the early diagram drawings that Eileen had done.


All photos of renovation done by M. Bougot and Lindsay Brown.
Posted by Unknown at 1:37 p.m.